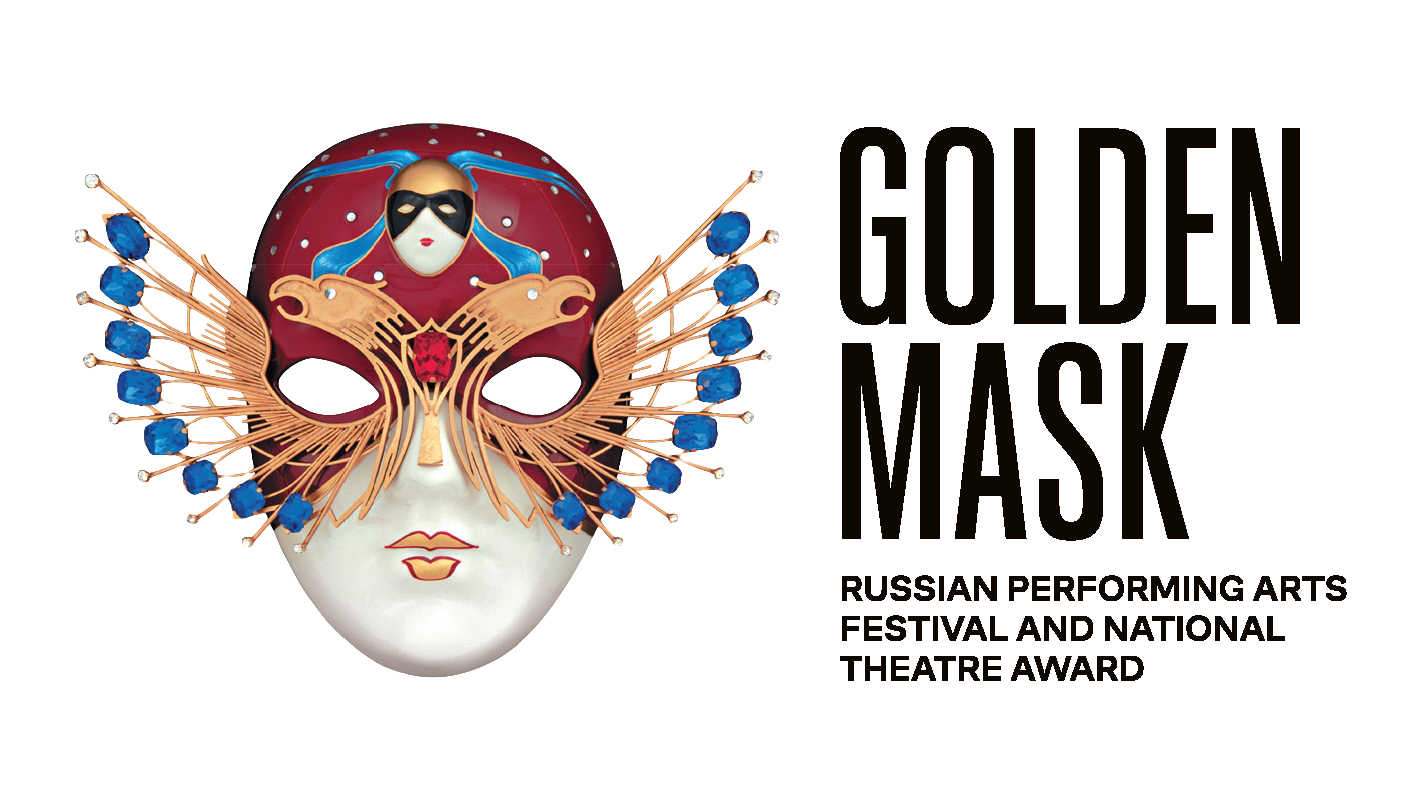 Russian Theatre before the Crash

The 2020 Golden Mask Festival in Moscow was postponed because of the corona virus threat, and likewise the accompanying Russian Case, a showcase for foreign visitors. As a jury member Christine Matvienko saw the productions before the pandemic.

Russian theatre before the pandemic was diverse and interesting both in choosing actual subjects and shape. But the most interesting trend is not aesthetic only, but the possibility for being a place for communication. The closed world of art is under critical scrutiny. Young theatre artists are about an open community, not about vertical art anymore. What will be tomorrow, after the end of pandemic catastrophe?

The Analysis of Horror by Boris Pavlovich (Kvartira Project, Alma Mater Fund, St. Petersburg) is a site-specific project performed in the publishing house of the famous magazine New World (Novy Mir), which played a huge role as an independent media in the 1960s. The actors read texts from the Russian Avant-guard (OBERIUs) of the 1930s and involve the audienсe in the unordinary lives of this room’s inhabitants. They talked about literature and philosophy, drank tea and vodka, ate food and played chess. The performance runs for 4 hours. In the beginning you witness a party of intellectuals but then the spectators took on the roles of main characters.

All these characters—Daniil Kharms, Alexander Vvedensky, Nikolay Zabolotsky, other poets and philosophers used to gather in the flat of philosopher Leonid Lipavsky in Petrograd from 1933 till 1934. Then most of them were imprisoned and assassinated by the Soviet NKVD. The poets were men, but they are portrayed by male and female actors, all dressed alike in masculine costumes. The characters’ life was very difficult. They were unemployed with no money and no place to live. But during the meetings they kept talking about a new language theory, poetry and gravitation. The Analysis of Horror is an immersive production facing the past but in fact analyzing our contemporary life. The apocalyptic mood is more urgent now than it was yesterday—that is why the spectators / participants of this performance felt such a strong connection with the characters who spent their time in a cold flat talking about art. Just before their death.

The Well-Tempered Manuscripts by Teatr post (an independent group from St. Petersburg) is also interested in the past. Dmitry Volkostrelov, the intellectual and conceptional-based theatre director took medieval manuscripts from Novgorod, the ancient capital of old Russia. The manuscripts were written in Old Slavonic and they describe complaints, judgements and personal matters from people’s ordinary life in the countryside. The spectators were divided in two groups—one were meant to be witnesses and the other one—actors. In turn the members of the first group read manuscripts from the screens to the second group. Though both groups consisted of native Russian speakers, the most difficult thing for them was to understand the meaning of these texts.

When we were asked to interpret the meaning of the texts, we discovered the difference between the image of the word and its meaning. Only a few of us so-called actors could reconstruct the inner meaning of these messages. Finally, all recorded voices were collected into an audio file. All of the spectators were sitting in darkness listening to human voices, which were trying to read the letters of our ancestors. Unexpectedly we realized that the distance between past and presence is not huge. The same complaints about neighbors, the same offended citizens, the same punishments. There was one thing unusual in Russian history, which was specific to the medieval Novgorod Republic: even though slaves, people addressed their masters as equals. Volkostrelov has said noted at the end of 2010, the time of stagnation, he preferred to investigate a distant past rather than contemporary life, because he was not sure how to tackle the historical moment of general amnesia. That’s why he investigated the past—Russian Middle Ages, Italian Renaissance and Russian Classical literature. Even now when everything has changed and Russia is facing dramatical circumstances of the pandemic, Volkostrelov’s artistic strategy seems to be one of the most flourishing and productive.

One more example of the changing times is Children of the Sun by Timofey Kulyabin (A Red Torch, Novosibirsk). Kulyabin and the playwright Olga Fedyanina (basically a theatre critic) changed the time and place of Gorky’s play written in 1905 during his imprisonment in Petropavlavskaya fortress in St. Petersburg. Maxim Gorky, a famous Russian-Soviet writer, took part in both Russian Revolutions, of 1905 and 1917. In Kulyabin’s version on the eve of the new year of 2000, the main characters, who are scientists, try to change the life.

The main tension of Gorky’s play is the conflict between the intelligentsia and people who hate it because of their economic and social plight. The people are rude but they have this right to destroy the old system. In Kulyabin’s performance the scientists are talented Russian immigrants who left the country because of aggressive people and bad circumstances for life. It is a very controversial statement, which is more relevant to the Russian intelligentsia of the 20th century than to nowadays.

There is a row of four rooms on the stage, each belonging to one of the main characters. The action takes place simultaneously in all the rooms, and the audience regard them as a part of a house. This creates a feeling of a closed Russian community. Children of the Sun, like many Kulyabin’s performances, was created under a strong influence of European mainstream theatre, German in particular, with a typical Russian psychological way of acting. Before the pandemic Kulyabin was one of the most successful Russian directors who made his career in Europe.

The Storm of Alexander Sozonov is based on the famous play by Alexander Ostrovsky, the most important playwright of the 19th century, who wrote about women’s rights, dark influence of the orthodox church, corruption, and many other burning issues of Russian life. The director Sozonov studied in Moscow, but he staged this play in Yushno-Sakhalinsk which is 9 hours’ flight from Moscow. Sakhalin island was described by Anton Chekhov as a very interesting place with a horrific history. There used to be large camps for Russian prisoners since the 19th century. During the Soviet times Sakhalin was a place for earning big money—so there are a lot of migrants from all over the country.

The Storm is directed as a fantasy dystopia with a preface from the famous Russian postmodernist Vladimir Sorokin. The action takes place in a distant future where Russia has run out of oil and gas, but is full of Orthodoxy and patriotism. The text was rewritten by the director himself and his friends from a TV stand-up comedy crew so the jokes sound great. The main line in The Storm is a dramatic love story, but the core of this performance is the image of Russia—how it is constructed in Putin’s era by media and by the official cultural policy.

Finally, in this Far-Eastern version of the classical Russian play the country is occupied by the Chinese. This end serves as ironic local colour because Sakhalin belongs to Russian Federation but at the same time it is a separate island.

‘The power of the East’ is discussed at the Iran Conference (Theatre of Nations, Moscow)—a performance based on Ivan Vyrypaev’s play and directed by Victor Ryzhakov with eminent actors. The play is written like a series of reports at a major political conference at a Scandinavian university. The conference is devoted to the issues of the Middle East and the Iranian political situation. The play is pretending to be a conference but in fact it is philosophical parable about humanity, faith, fake and love. Every time a new speaker appears, he/she strongly doubts the value of the previous speech. Vyrypaev demonstrates that any point of view could be weak and controversial. There is no prophet among us. And no real sincerity. The last speaker is an Iranian woman, who in order to find real love went through a devastating love affair only to be rejected. Finally she admitted that her real lover is Muhammed. This final point comes absolutely unexpected.

The Golden Mask selected also a new kind of theatre. As usual these performances were directed by groups of young artists. Here are two important innovative productions devoted to the hot issues of contemporary Russian society.

28 days is a feminist play written 3 years ago by young playwright Olga Shilyaeva. This first menstrual cycle tragedy features a chorus of 28 episodes about hormones, pain and shame which women feel when they buy sanitary towels in the pharmacy. Yury Muravitsky directed this poetic text like an oratory with the young actors from his drama course at Moscow School of New Cinema in Teatr.doc. They transform the text into the battle between gender stereotypes and science, hormones and rational mind. The play hurts neither the feelings of feminist, nor of those for whom the topic has been stigmatized up till now.

An immersive performance of Victoria Privalova and Eugene Kazachkov Hello, mom is an audio-guided tour through the spaces of memory. It is constructed like an exhibition with a table overflowing with candy, a wardrobe one can hide in, a fridge one can leave a message on, a table with a woman’s wig. All these items connect in one way or another to the documented stories every audience member hears in their headphones. The voices tell childhood memories and talk about key moments in mother-child relationships. As a rule, these relationships were traumatic for the children. But one story is about a son who regrets his lost relationship with his mother who died from cancer. The stories are combined into a psychotherapeutic dialogue of each spectator with his mother.

Christine Matvienko (born 1974) lives in Moscow, Russia. She is a theatre critic and researcher. She also worked as artistic director for New Play Festival (Moscow). Her Theatre Research PhD is from St. Petersburg State Theatre Arts Academy. In addition to her critical work for Russian newspapers and magazines she has worked for the New Drama Festival, managed playwriting and documentary theatre workshops in Russian theatres. From 2015 she is curator for educational program at the Stanislavsky Electrotheatre.